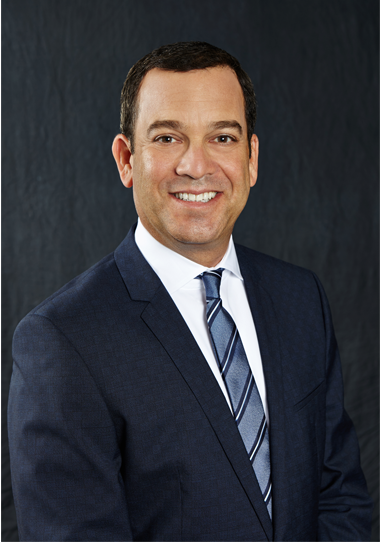 It would be difficult to find a more dedicated personal attorney in Miami-Dade County than Lipcon & Lipcon, P.A.’s David W. Lipcon. David Lipcon is a devoted part of the family-owned law firm dedicated to helping victims and their families that have been harmed or experienced a loss due to the fault and mistakes of others.

The Lipcon & Lipcon, P.A. legal team sets high-standards for the attorneys in the practice. David Lipcon holds himself to the same standards of excellence that his clients come to expect from the award-winning law firm.

David W. Lipcon graduated with a Bachelor of Science degree and a Law degree right here in the state of Florida. He received this Bachelor of Science degree from the University of Florida in 1989. Later he would receive his Law degree from the University of Florida School of Law in the year 1992. Shortly after in 1993 he became a practicing litigation attorney in Miami-Dade County and still is today.

David W. Lipcon is registered in good standing with multiple legal associations. He is admitted to the Florida Bar, the United States District Court for the Southern District of Florida, and the Colorado State Bar. He is currently a member of the Florida Justice Association. The Florida Justice Association was formerly known as the Academy of Florida Trial Lawyers. In addition to this membership, David Lipcon is also known as a member of the Dade County Trial Lawyers Association, American Bar Association, and the Dade County Bar Association. He acted as a Chairperson of The Florida Bar’s Grievance Committee for the Eleventh Judicial Circuit.

Attorney David W. Lipcon’s profile on Martindale-Hubbell serves as a testament to the hard work he’s put in over the years. He has a glowing “AV” rating for both legal skills and ethics. For those that are unaware of Martindale-Hubbell, it’s important to note that this rich database provides ratings for attorneys across the country. For anyone looking to find an attorney, Martindale-Hubbell is an excellent place to start. The website features an in-depth listing of attorneys by location, practice area, and other filters. The information on Martindale is so well-trusted and accurate that the site receives over 15 million consumer visits each month. Getting a good rating on Martindale-Hubbell is no easy feat. David Lipcon’s reputation and excellent work has earned him an “AV’ rating, the highest rating available on the site. David Lipcon also received the honor of being chosen by The National Trial Lawyers to be included in the list of Top One Hundred Plaintiff Trial Lawyers in Florida.

Today, David Lipcon strives to bring his expertise and dedication to the families that need his legal counsel and aid. The experience and qualifications that Attorney at Law David W. Lipcon brings to the table has helped him fight for Florida injury victims in the state he loves. He is devoted to helping Florida families with their injury cases and will continue to do so through the family law firm of Lipcon & Lipcon, P.A.